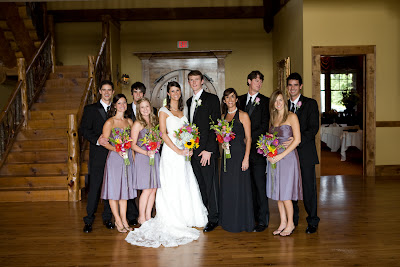 Another long trek back to Texas gave me lots of time to think about our most recent family Christmas. It is amazing how different things get each year. Each season seems to become crazier as we all fight off the urge to let life pass us by. Kristian and Kerri have two kids, Isaac is four and Norah is one and some change. Being with them makes me want to have children and be celibate at the same time. Taylor and Sally are expecting their first baby in April and Sally makes me want a baby bump (even if its just to excuse the few Lbs I put on from thanksgiving to now). Brett and Heather are in that wonderful newlywed phase where they are both so happy they look like they might burst, and it makes me realize my baby brother has grown up. Everything is changing, day after day we each get a little older and new things happen. Kristian’s second record is about to come out and FYI it will change your life. Taylor is working a new job and so is brett. I live in another state, and what most of the time feels like another country.

See I had spent years convinced that my family members were my enemies and when I became a Christian I needed a lot of time to make up for the years I had lost. Oddly enough I didn’t have any other believers to encourage me in my new relationship with Christ we all became really close. Then Kristian started having babies, taylor got married, and at some point Brett became a man. Life moved on but I wasn’t ready to and it took God moving me to Texas for me to realize that God had a plan for my life too, I could no longer hid in the shadows of my family.
When we moved to Texas I was so desperate to make life stop until I got back. I didn’t want the kids to grow older or to miss a single event. Consequently our traveling budget doubled this past year and I almost killed myself trying to live in Atlanta and Texas. Then things with my parents started going sour and I was convinced God had me in the wrong state. I would beg him to take me back to Atlanta, I would beg Ben to find another job, I would beg just about anyone who would listen. I spent hours on my knees telling God all the reasons Georgia was the place for Ben and I.
It was only after we were all moved out and married that my parents finally had to deal with issues they had hid in the past. It was rough, there were lots of fights, lots of no talking, lots of clothes moving to different rooms, and then moving back. In it all though we were a family and even from 800 miles away I was apart of the family. There were so many times I almost got in the car and drove back to Atlanta but a quite voice would tell me ‘I brought you here for a reason and I am in control”. Now that our family crisis is over and we are moving up I realize now why God had me in Texas, I had to learn to need him and Ben more than my family. I needed to learn to be me.I had to learn that God can take care of my family even when I am not there and actually he is pretty dang good at it. I had to learn that God wants me here, and to be obedient even when I don’t understand. A lot of times we think if prayers aren’t answered then they are in vain but if God can get me on my knees and crying out to him nothing done in that moment is in vain. He has my full attention and Lord knows he needs my full attention. I won’t lie, I left Christmas day in tears, unsure when we would all be together again but I know one thing, we will be. I might still be asking God to move us back to Atlanta but only in his timing not mine.